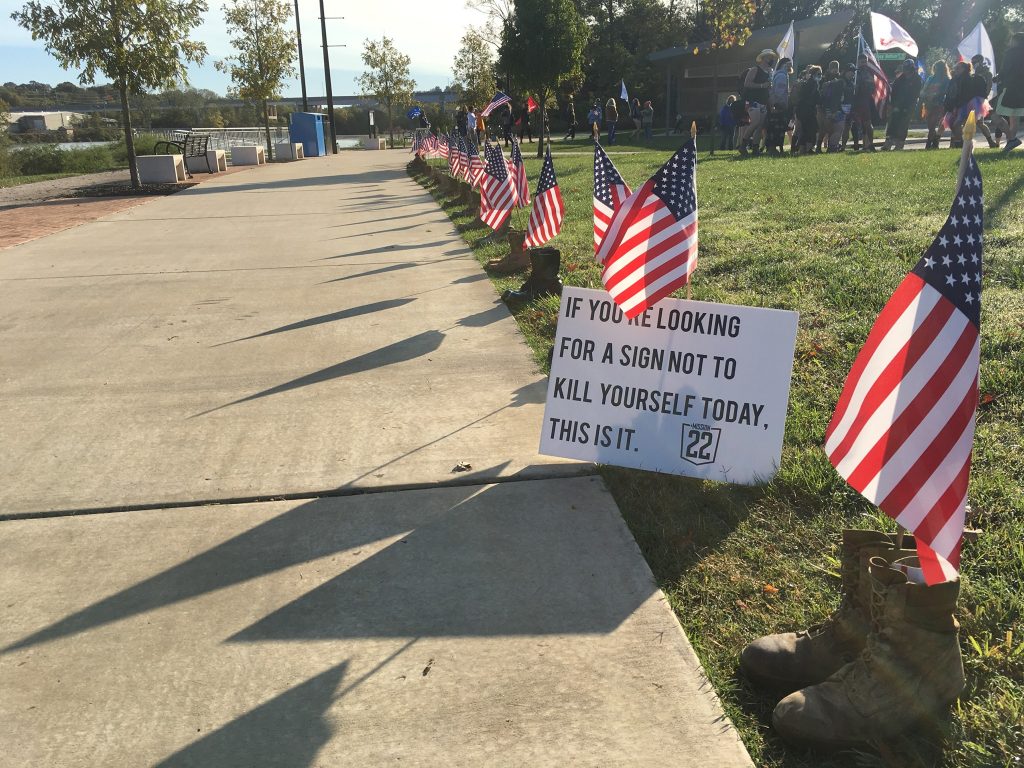 A sign from a recent Irreverent Warriors Silkies Hike in Knoxville.

About 20 U.S. veterans take their own lives every day. For UT’s Aaron Lee, that grim statistic is personal.

While on active duty in the U.S. Marines, he lost a co-worker to suicide. Then this summer, a cousin took his own life. Lee himself has faced dark seasons on active duty and as a veteran.

“What saved me were close friends from the military reaching out when they noticed my mood and just talking to me and doing whatever needed to cheer me up and show me there was a reason to keep on keeping on,” said Lee, a hazardous waste specialist in UT Environmental Health and Safety.

Lee wants to offer the same lifeline to other veterans through his involvement in Irreverent Warriors, a group committed to fostering friendships among veterans through humor and camaraderie as a way to improve mental health and prevent veteran suicide. 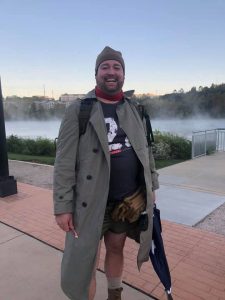 Lee recently co-coordinated a Silkies Hike in Knoxville. More than 100 people took part in the 10-mile hike that began in South Knoxville and meandered through downtown and the University of Tennessee campus. Many volunteers made the event possible including EHS Director Sandra Prior, a US Army veteran, who participated in the hike and EHS staff who donated to Irreverent Warriors, he said.

During the hikes, participants carry flags representing the different military branches while wearing silkies—a visual that can leave onlookers a bit confused.

“We do stop to explain or hand out cards that takes them to our website where they can get a better grasp of what the organization is about and even make a donation if they like,” said Lee, who has completed three Silkies hikes. We stop for photo ops with people or just for a hug or good laugh.” 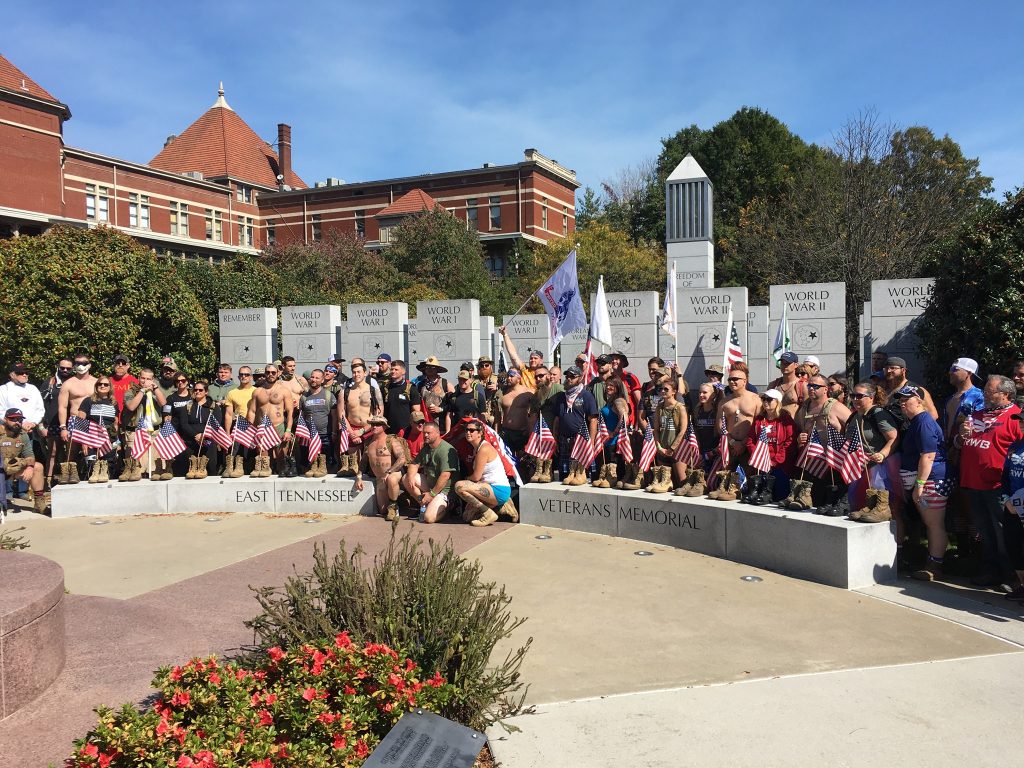 Participants in the Knoxville Silkies Hike

The Irreverent Warriors’ key message is this: suicide is completely preventable.

“Many members of the military have developed a strong sense of humor through bad times and that can help bring someone out of a depression,” he said. “I know for me personally, it has helped me several times to just reach out and chat with a friend. Our main message is that there is a light at the end of the tunnel and we are here to talk 24/7/365.”

A second Silkies Hike in Knoxville is already in the works and is planned for May 22, 2021. Lee has been named the lead coordinator for the event.

For more information about the Irreverent Warriors and the Silkies Hikes, visit https://www.irreverentwarriors.com.

The flagship campus of the University of Tennessee System and partner in the Tennessee Transfer Pathway.